As a former swimwear model who lived and worked in Italy for many years, Melissa Odabash has an innate sense of what women want from their swimwear & beachwear. From the inception of the brand, the collection has been developed and constructed to sculpt and enhance the silhouette. Timeless pieces designed with clean lines and innovative textiles aim to adapt to all body types, making them a must- have for the distinguished global traveller.

Melissa’s debut collection was launched in 1999, a collection which swiftly came to epitomise the glamour and sophistication of a luxury lifestyle brand, and which British Vogue was quick to name as ‘The Ferrari's of the bikini world.’ She has been credited with ‘re-introducing high fashion into the swimwear world’ with complementary ranges including everything from beachwear, accessories, childrenswear and sports luxe. Having been established for well over a decade, her insightful know-how and discerning use of superior fabrics demonstrate the skill and time that it has taken to really become a master in her industry. To date, Melissa has been honoured with ‘Designer of the year’ in Paris, ‘Swimwear Designer of the Year’ and ‘Retailer of the Year’ at the London Lifestyle awards which she has been nominated for again this year. Melissa has also been bestowed the honour of receiving the Founder’s Award from the WIE and Humanitarian Award from the Future Dreams charity.

As an extension of her luxury collection, Melissa has worked with couture designer Julian MacDonald. Together they have created sold out capsule collections pushing swimwear boundaries and creating statement pieces. Odabash & Macdonald marked their fifth collaboration last season and unveiled the collection at the 2015 Monaco Grand Prix with a star-studded show.

Her collections are distributed in over 50 countries and throughout 500 luxury department stores, boutiques and resorts including her own online web store shipping worldwide. Melissa has two freestanding stores in Notting Hill and Chelsea to offer clients a complete experience of the brand.

With her continuing global success, Melissa has teamed with many high profile stars and brands creating new outlets for her ever-growing following. Melissa has collaborated with Victoria’s Secret, creating their best-selling bikini, created a coffee table book with Bryan Adams for Speedo’s 75th Anniversary, she has developed “the perfect bikinis” with Gwyneth Paltrow for her lifestyle website GOOP and re-developed the iconic swimsuits for the film ‘Diana’ starring Naomi Watts as well as ‘Impossible.’ More recently Melissa teamed up with American fashionista and stylist Rachel Roy to create a decadent capsule swimwear line which achieved astounding success and a bespoke capsule range of pieces for the Outnet.com which launched with a rooftop pool-party in New York.

Melissa has also continued to work in broadcast media, from mentoring the models in the ever popular Britain & Irelands Next Top Model to being a correspondent for the worldwide network France 24 during the Royal Wedding, as well as using her fashion expertise on Strictly Come Dancing It Takes Two.

Throughout her success as a designer, Melissa continues to enjoy her numerous philanthropic ventures. To name but a few, she has worked with Fashion Targets Breast Cancer, Prince’s trust, Kidsco, CHIVA and has partnered with Elton John to create an exclusive hat for his Aids Foundation. In 2015 Melissa launched her debut mastectomy line with the Future Dreams Breast Cancer Charity and has another collection in the pipeline for 2017. Naomi Campbell’s Fashion for Relief show which opened London Fashion Week in 2015 also saw Melissa make an exclusive return to the runway for one walk only!

Melissa has also contributed to educational establishments such as speaking to Harvard Alumni in New York and inspiring young undergraduates at London’s Conde Nast College of Fashion & Design.

Melissa Odabash continues to enjoy the attention of A-list stars; Kate Moss, Cindy Crawford, Elle Macpherson, Rhianna, Kendall Jenner, Gwyneth Paltrow, Sienna Miller, Heidi Klum and Beyoncé are among the celebrities who choose Melissa Odabash whilst on holiday. The collections have a consistent presence in both national and international fashion publications such as Vogue, Elle, Porter, Harper’s Bazaar, In Style and Tatler, as well as a huge presence online and support from esteemed fashion bloggers. 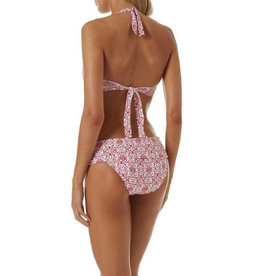 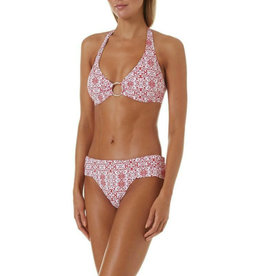 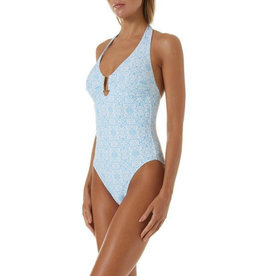